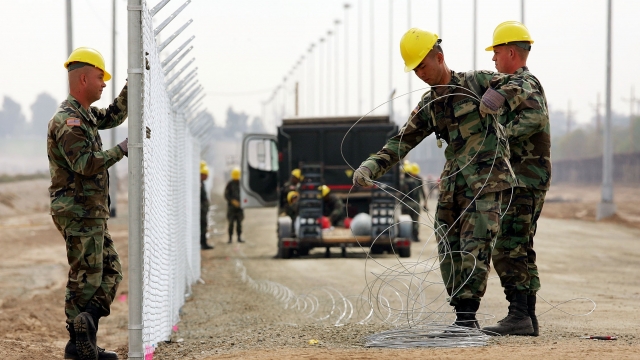 The Pentagon is extending the military's mission at the U.S.-Mexico border through the end of September.

In a statement Monday, Defense officials said the Pentagon approved a Department of Homeland Security request for additional support to upgrade about 160 miles of fencing and help with border surveillance.

As Newsy previously reported, the Department of Defense is not affected by the partial government shutdown, and the cost of any fence construction would reportedly come out of the Pentagon's annual budget.

The Trump administration deployed thousands of active-duty troops to the border late last year in response to migrants who were traveling north through Mexico at the time.

Prior to the Pentagon's most recent mission extension, the roughly 2,300 troops who are still  at the southern border were scheduled to remain there until the end of January.

It's currently unclear how extending the mission until September will affect the number of troops deployed to the border. But it's up to the Pentagon to decide if any troops it deploys will be active-duty or members of the National Guard.