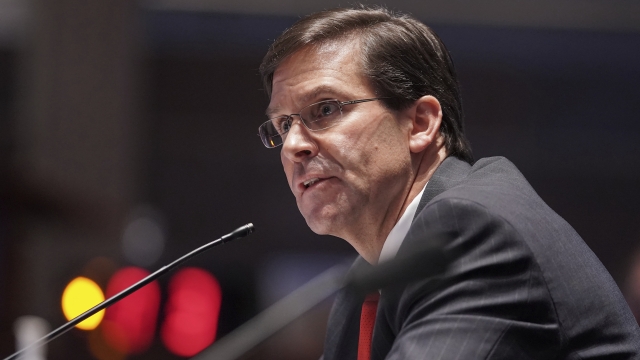 The Confederate battle flag wasn't specifically named, but it was left off a list of approved flags that can be displayed at bases.

The guidance doesn't specifically mention the Confederate flag, but it excludes it from a list of flags allowed to be displayed. Esper said in a memo, "The flags we fly must accord with the military imperatives of good order and discipline, treating all our people with dignity and respect, and rejecting divisive symbols."

The list of approved flags include state flags, military flags and flags of U.S. allies. Flags that aren't on that list are still allowed in certain contexts, such as at museum exhibits or gravesites, as long as their presence doesn't come off as an endorsement by the Defense Department.

While President Donald Trump hasn't said anything about the change, he did criticize NASCAR when it banned the Confederate flag. He's also taken a firm stance against changing the names of military bases named after Confederate officers.