Pentagon Diverts $3.6B In Military Funds For Border Barrier Projects 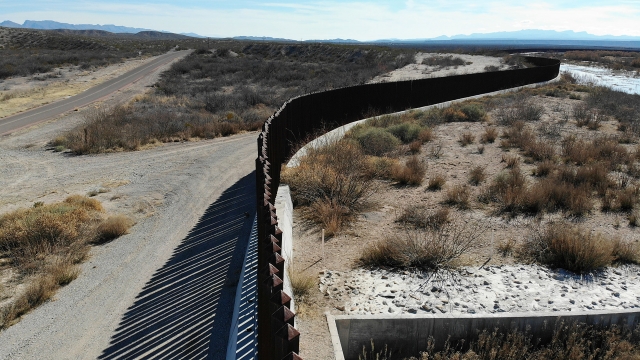 Secretary of Defense Mark Esper has authorized $3.6 billion in military construction funding to be diverted for projects on the southern border.

In a letter to the Senate Armed Services Committee, Esper said the 11 barrier construction projects "are necessary to support the use of the armed forces in connection with the national emergency."

DOD officials told CNN more than 120 military construction projects are being put on hold so that the barrier projects can go forward. It's unclear which projects will be affected, but about half will reportedly be outside the U.S.

In a tweet Tuesday, Senate Minority Leader Chuck Schumer said it's "a slap in the face" to service members.

President Donald Trump declared a national emergency at the U.S.' southern border in February so that he could direct more than $6 billion toward a wall without Congress' approval. That declaration has triggered several legal challenges.