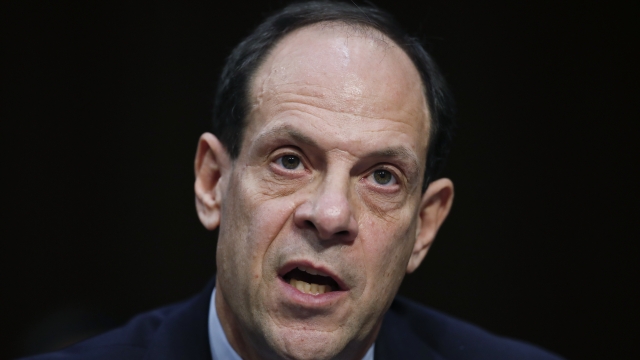 In a statement, he said it's been "an honor to serve" and that the "the role of Inspectors General is a strength of our system of government. They provide independent oversight to help improve government operations in a transparent way." But he added, "After many years in the DoJ and DoD OIGs, I believe the time has come for me to step down and allow others to perform this vital role."

According to a Pentagon official, Fine was not asked to step down. However, he announced his resignation not long after President Donald Trump ousted Fine as the DOD's acting inspector general.

In April, Fine was chosen to oversee a $2 trillion emergency coronavirus funding package on the Pandemic Response Accountability Committee. But about a week later, President Trump replaced Fine as the acting Pentagon watchdog, making him ineligible to lead that committee. President Trump has since nominated a different person to be the permanent inspector general.

The president has removed several inspector generals recently, which Democrats have alleged is part of a larger effort to weaken government oversight. Among them are Inspector General Steve Linick, who was investigating Secretary of State Mike Pompeo; and Inspector General Michael Atkinson, who pointed Congress to the whistleblower complaint in the president's impeachment trial.

According to a Pentagon IG spokesperson, Fine's resignation will take effect on June 1.

Additional Reporting by Robert Burns of The Associated Press.