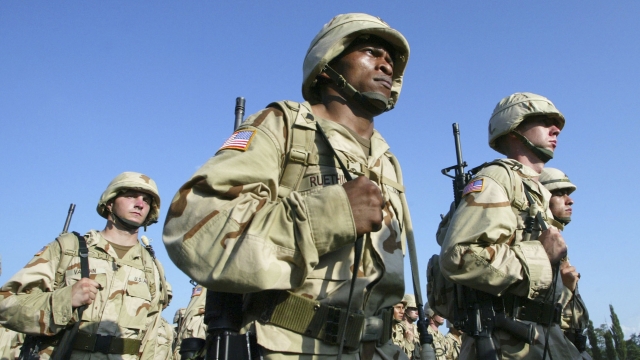 Newspaper Chosun Ilbo reported the U.S. is considering pulling troops out of South Korea if the country doesn't pay more of the deployment cost.

The Pentagon denied a report that says the Trump administration is considering pulling some of its troops out of South Korea if the country doesn't agree to pay more of the deployment cost.

South Korea's Chosun Ilbo newspaper reported the potential troop withdrawal would include up to 4,000 U.S. soldiers, citing an anonymous diplomatic source in Washington.

A spokesman for the Defense Department demanded Chosun Ilbo retract the article, claiming there's "absolutely no truth" to it.

The two countries have been trying to negotiate the terms of a new cost-sharing deal for American troops stationed in South Korea.

But those talks broke down earlier this week, after the U.S. reportedly demanded South Korea raise its annual contribution to $4.7 billion for 2020. That's about 500% more than what Seoul's currently paying for the roughly 28,500 U.S. troops on its soil.

While the top U.S. negotiator for the talks said he was giving South Korea "some time to reconsider" its stance, U.S. Defense Secretary Mark Esper told reporters that the Trump administration is "not threatening allies" with a potential troop withdrawal.