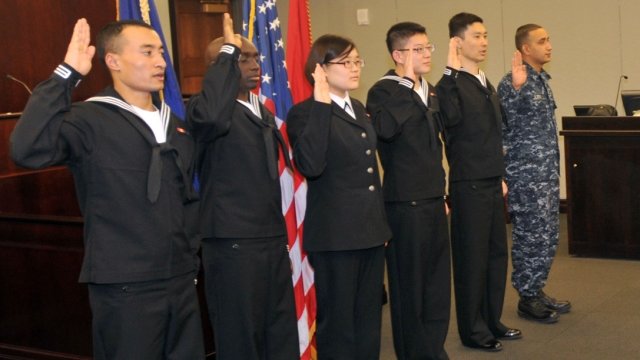 The Pentagon is reportedly mulling whether or not to cancel an agreement with foreigners who signed up to serve in the military.

The program, known as the Military Accessions Vital to National Interest (MAVNI), sought to recruit noncitizens with needed skills, such as medical training or proficiency in other languages. Those recruits would be fast-tracked for citizenship.

But an internal memo originally obtained by The Washington Post raises security concerns with the program.

The memo claims the current vetting process is draining vital time and money from the Army, where most of the program's recruits end up. It also cites an "elevated" risk of an insider attack from a foreign recruit. 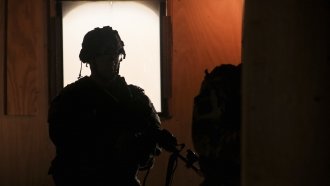 But that's already facing stiff political opposition: Shutting down the program could cause a lot of trouble for the recruits already enlisted.

Around 1,000 recruits awaiting orders have expired visas, which could put them at risk of deportation.

Three members of Congress have come out in support for the program: Rep. Betty McCollum, Rep. Grace Meng and Sen. Tammy Duckworth. The trio, all Democrats, have put pressure on the Pentagon and the White House to stand by the program and its recruits. McCollum proposed an amendment that would help maintain contracts between the U.S. and foreign recruits.