Pentagon Confirms The Release Of 10 Navy Sailors Detained By Iran 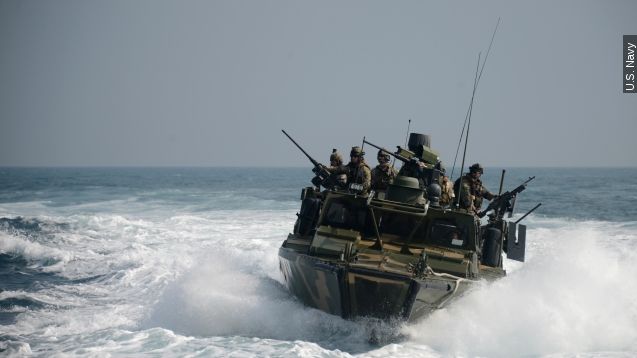 SMS
Pentagon Confirms The Release Of 10 Navy Sailors Detained By Iran
By Jay Strubberg
By Jay Strubberg
January 13, 2016
The U.S. Navy is still investigating, but officials are pleased with the "timely way in which this situation was resolved."
SHOW TRANSCRIPT

Iran has released the 10 Navy sailors detained yesterday after their two boats drifted into Iranian waters.

In a statement, the Pentagon said all 10 sailors were safely returned and that there are no indications they were harmed while in Iranian custody.

The U.S. Navy plans to investigate the incident.