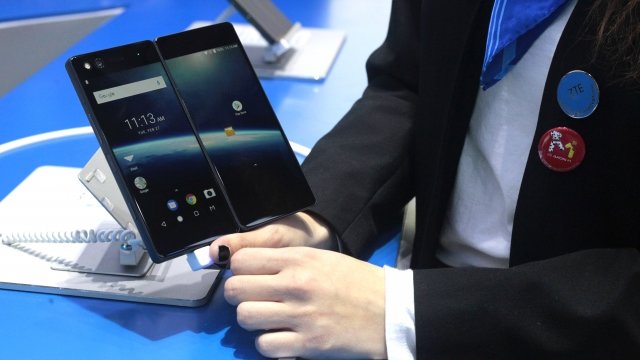 SMS
Pentagon Bans Sale Of Some Chinese Phones, Devices On Military Bases
By Jake Jones
By Jake Jones
May 2, 2018
Two electronics makers, ZTE and Huawei, are speculated to have ties to the Chinese government.
SHOW TRANSCRIPT

The Pentagon banned phones and other devices made by two Chinese companies from being sold on U.S. military bases.

U.S. intelligence officials have said the two companies, ZTE and Huawei, may have ties to the Chinese government. There's a worry in Washington that Beijing could use those devices to surveil or monitor U.S. forces. Both companies deny that possibility.

U.S. intelligence leaders told members of Congress earlier this year that Americans should avoid ZTE and Huawei devices over "security concerns," but they didn't elaborate much.

The ban includes phones, mobile internet modems and other wireless devices. The ban doesn't go so far as to block military personnel from owning or using those devices, but the Pentagon said military members "should be mindful of the security risks" they pose.