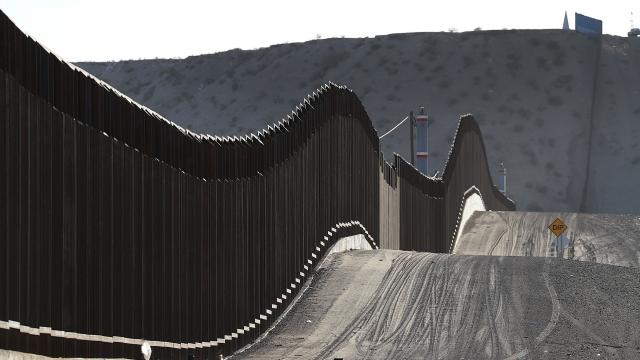 SMS
Pentagon Awards Almost $1 Billion To Build New Border Barriers
By Katherine Biek
By Katherine Biek
April 10, 2019
The contracts are for construction projects within the El Paso and Yuma sectors of the border.
SHOW TRANSCRIPT

The Pentagon announced Tuesday it's awarded contracts to two construction companies to build new barriers along the border with Mexico.

The contracts are part of a $1 billion transfer the Defense Department authorized last month. The money's partially going toward a Department of Homeland Security request to build 57 miles of fencing in the Yuma and El Paso sectors of the border.

Unnamed Defense Department officials previously told CNN that construction on the new border barriers could start by late May.

Acting Defense Secretary Patrick Shanahan's decision to reallocate the funds angered some lawmakers because it was transferred in such a way that didn't require congressional approval. In retaliation, some Democrats threatened to reduce the Pentagon's ability to transfer its funds around in the future.