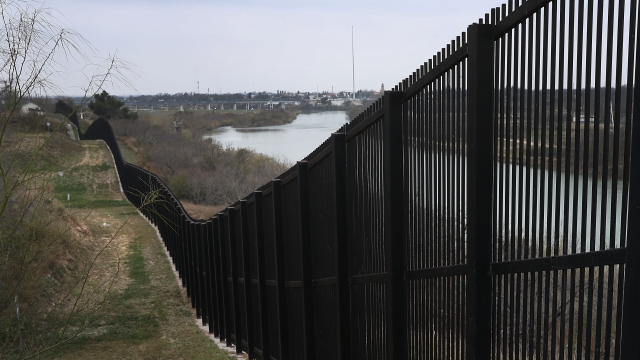 SMS
Pentagon Authorizes $1B Transfer To Start Building New Border Fencing
By Katherine Biek
By Katherine Biek
March 26, 2019
The money will go towards building 57 miles of fencing along the U.S.-Mexico border in Texas and Arizona.
SHOW TRANSCRIPT

The Pentagon has green-lit the transfer of $1 billion to begin constructing a barrier along the U.S.-Mexico border.

In a letter to Homeland Security Secretary Kirstjen Nielsen, Acting Defense Secretary Patrick Shanahan said the money would go toward her agency's request to build 57 miles of fencing in El Paso, Texas and Yuma, Arizona. The money will also be used for road improvements and new lighting in those sectors.

According to The New York Times, this $1 billion transfer was made without using President Donald Trump's national emergency declaration.

Instead, the Pentagon's statement cited a federal law that allows it "to construct roads and fences and to install lighting to block drug-smuggling corridors across international boundaries of the United States in support of counter-narcotic activities of federal law enforcement agencies."

In a letter sent to Shanahan Monday, Democrats on the Senate Appropriations Committee criticized the fact that he hadn't sought their permission to transfer the funds, calling it a "dollar-for-dollar theft from other readiness needs of our Armed Forces."

Lawmakers will most likely question Shanahan more on his decision when he testifies before the House Armed Services Committee on Tuesday.