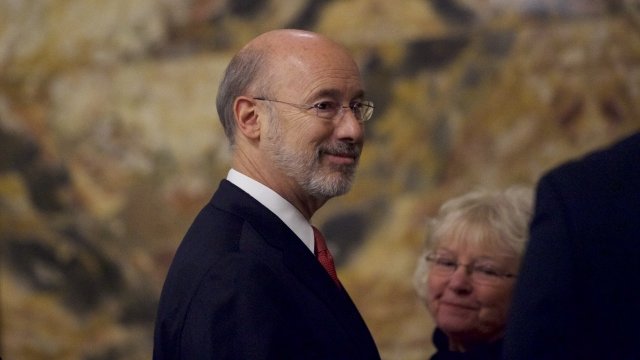 Wolf said Tuesday he told the Pennsylvania Supreme Court he won't accept the revamped map, which was submitted to him by Republican legislative leaders last week.

The court's ruling gave lawmakers until Feb. 9 to draw up a new map. Wolf had until Feb. 15 to decide if he'd approve the changes.

But he said Tuesday: "The map submitted to my office by Republican leaders is still a gerrymander. Their map clearly seeks to benefit one political party, which is the essence of why the court found the current map to be unconstitutional."

If Wolf and Republican lawmakers can't come to an agreement, the state Supreme Court will redraw the boundaries itself.