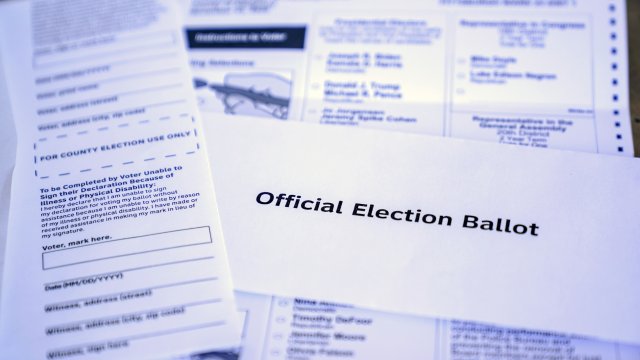 Republicans may hope a Supreme Court Justice Barrett would mean a new decision in their favor.

Pennsylvania was granted an extra three days to count mail-in ballots after the election, despite Republican objections. That's only because of a tied decision on the Supreme Court, leaving in place a lower court ruling that allowed the extension.

Republicans may hope a Justice Amy Coney Barrett would mean a new decision in their favor. But Pennsylvania Democrats argue a change this late will cause confusion and disruption.