Pennsylvania Democrats Are Flocking To The Republican Party 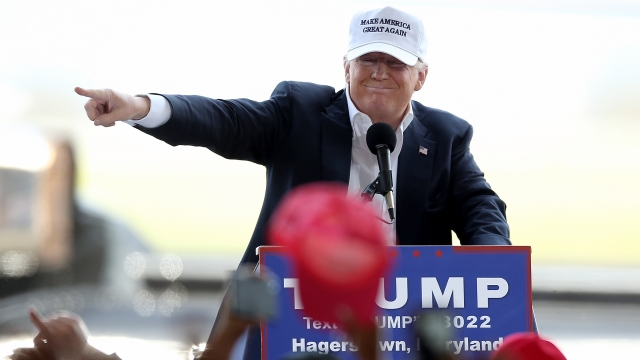 Conservative-leaning Democrats in Pennsylvania are flocking to the Republican Party in droves.

And it's helping Donald Trump big-time.

More than 60,000 Democrats from the state have turned to the Republican Party, and many have registered to vote for Trump in Tuesday's upcoming primary. That's compared to 29,000 Republicans who've changed sides.

Pennsylvania's 71 GOP delegates make it the crown jewel of states among Tuesday's five primaries. And polls are predicting it'll be a big win for Trump — some polls show Trump with about 50 percent of the vote.

One expert told The Patriot‑News there are likely three reasons for the shift: Trump's appeal to working-class, blue-collar workers; Democrats who believe the party's moved too far left; and conservatives who've finally decided it was time to disaffiliate.

"The Democrats, even though they have the majority in terms of registration in the state, people do not vote that way," Professor Jerry Shuster of the University of Pittsburgh told KDKA.

The last time a Republican won Pennsylvania in the general election was in 1988, but with the massive shift from Democrats to Republicans, things could get interesting on Nov. 8.

This video includes clips from Fox News, CNN and Donald J. Trump for President, Inc. and images from Getty Images.