On The Ground In Pennsylvania As It Braces For Major Snowstorm 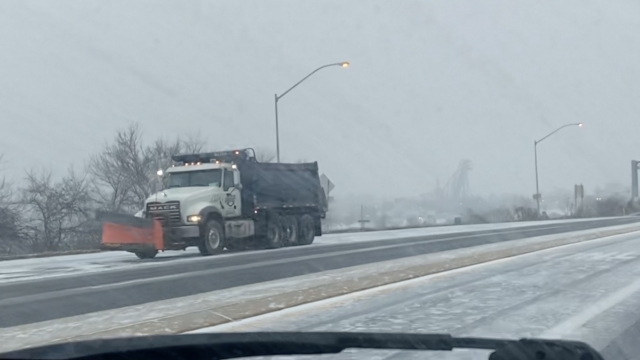 The state has already declared a disaster emergency. Weather experts predict 12-20 inches of snow and 35 mph winds or more.

5:55 p.m. Wednesday, Dec. 15: The roads were full of cars and so were the parking lots as Lehigh County, Pennsylvania — about 60 miles northwest of Philadelphia — braces for the first winter storm of the season.

At a local supermarket people are stocking up for the winter storm. Some shelves were empty and some people were respecting social distancing rules.

I asked a customer, "How are you prepping for the storm?"

Eiselle: "I'm here to get formula for my baby."

Shawna: "I'm just getting the basics, that's pretty much why I'm here."

10:33 a.m., Wednesday, Dec. 16: It's Wednesday morning. There's no snow on the ground, but snow trucks are getting ready for heavy snow and strong winds. The state has already declared a disaster emergency.

Even if the predicted 12-20 inches of snow reached this area, FedEx tells me they're monitoring the weather to deliver the much-anticipated coronavirus vaccines.

2:04 a.m. Wednesday, Dec. 16: We're back out again; snow started falling. In Lehigh County, COVID numbers are high — on average about 290 cases a day. Right behind me is the drive-through COVID testing site. They usually have 150 people a day, but they had to close early. Instead of cars lined up for people to get tested, it's snow trucks prepping for the storm.