Penguins Have Their Own Awareness Day, And They Deserve It 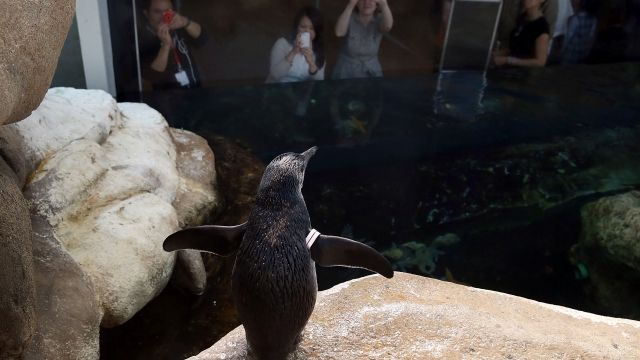 "He's not listening to us," a penguin said in a commercial for the International Union for Conservation of Nature.

"Try the one with the orange beak," another penguin said.

"I know, I tried the one with the orange beak. I tried waving my wings. Sir!" the first penguin said.

There's a lot of cuteness to celebrate.

But sadly, more than half of penguin species are vulnerable or endangered. (Video via PBS)

There are about 17 species. (Video via World Wildlife Fund)

Like the endangered yellow-eyed penguin, native to New Zealand.

And the African penguin.

Oil spills and overfishing of the African penguin's food supply are big threats to its survival. (Video via BBC)

But the Georgia Aquarium has welcomed 24 baby African penguins since 2012 as part of the Species Survival Program.

And it's hoping to raise a lot more. (Video via Georgia Aquarium)