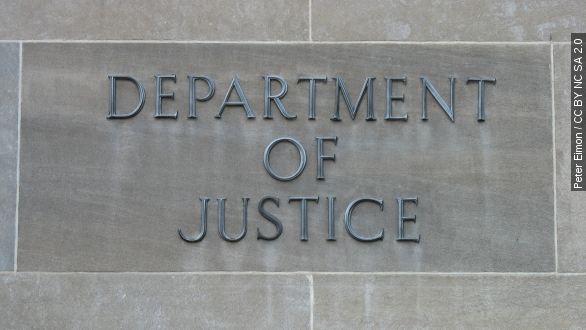 SMS
Pending Comcast-Time Warner Merger Has DOJ, FCC Concerned
By Jamal Andress
By Jamal Andress
April 20, 2015
The Department of Justice reportedly has concerns a Time Warner-Comcast merger would create an entity too large in the cable and broadband markets.
SHOW TRANSCRIPT

In the 14 months since Time Warner Cable and Comcast announced a potential $45 billion merger, legislators, customers and journalists alike have all voiced concerns with the deal. (Video via Consumers Union)

Now, according to The Wall Street Journal, representatives from Comcast and Time Warner are set to meet with U.S. Justice Department officials on Wednesday. Like many others, the DOJ reportedly has concerns the two companies would control too much of the cable and broadband market if brought together.

"Even though Comcast and Time Warner Cable don't compete against each other, a deal would allow Comcast to have such an overwhelming majority of broadband access in the U.S."

This report from The Wall Street Journal comes just two days after Bloomberg published another piece that claims the DOJ is putting together a recommendation to block the potential deal.

Both the DOJ and the Federal Communications Commission have to sign off on the deal for it be approved. The FCC has shown reluctance to approve the major cable deal as well, pausing its informal "180-day clock" three times since the deal was announced. 180 days is the amount of time the FCC gives itself to review and approve mergers.

Comcast and Time Warner are the nation's two largest cable companies. A deal between the two of them would give the new company control over about 30 percent of the pay-TV market and 57 percent of the broadband Internet market.

This video includes images from Getty Images and DragonFlyEye / CC BY SA 2.0.