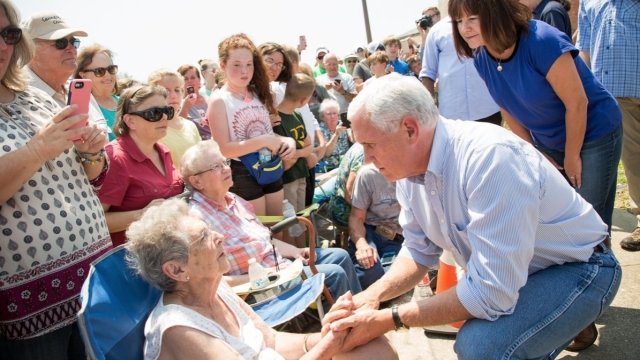 "We will be with you every single day until Texas rebuilds stronger and better than ever before," Pence said Thursday in Texas.

Pence offered words of encouragement to storm victims, prayed alongside them and even got to work moving debris out of a resident's yard.

President Donald Trump had visited the area Tuesday. He spent most of his visit in meetings with state and local officials. Several outlets noted the short trip didn't seem to include any meetings with residents affected by the storm.

CNN reports Trump wanted to visit Texas as soon as possible after Harvey, which is why he visited Corpus Christi. 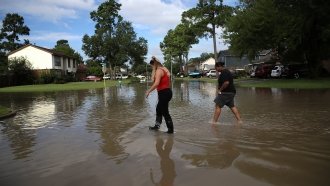 Harvey made its first landfall Aug. 25 as a Category 4 hurricane near that area. Because it didn't sustain as much damage as other cities in Texas, officials felt Trump's visit would not pull attention away from rescue and recovery efforts.

Trump had a message for storm victims in his tax reform speech in Missouri on Wednesday.

"To those affected by this storm, we are praying for you, and we are here with you every single step of the way," Trump said.

"In difficult times such as these, we see the true character of the American people: their strength, their love and their resolve. We see friend helping friend, neighbor helping neighbor, and stranger helping stranger. And together, we will endure and we will overcome," Trump said.

Trump plans to return to Texas and visit Louisiana on Saturday.