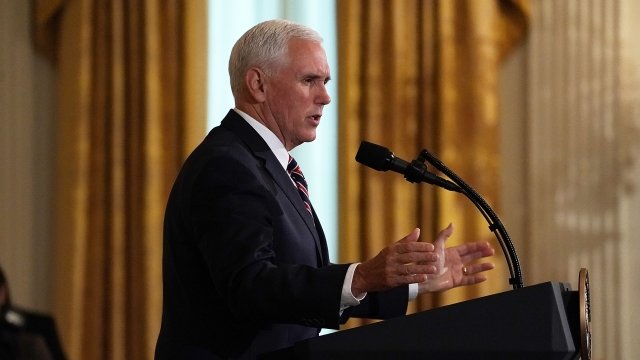 While speaking to leaders from Guatemala, Honduras and El Salvador, the vice president said, "This exodus must end."

"I say with great respect to the presidents gathered here: This exodus must end. It is a threat to the security of the United States," Pence said.

While speaking to the leaders of Guatemala, Honduras and El Salvador late Thursday, Pence said many people trying to enter the U.S. are not fleeing persecution.

"Most are making the journey seeking economic opportunity, driven by the misguided belief that they can ignore the laws of the United States and enter our nation without consequences," Pence continued.

His comments came as widespread opposition continues against the Trump administration's "zero-tolerance" strategy on immigration. Pence pointed out the president's decision to allow migrant families to be detained together.

Pence urged the leaders to tell their people that illegally entering the U.S. "will only result in a hard journey and a harder life." But he said if they come legally, they will always be welcome.