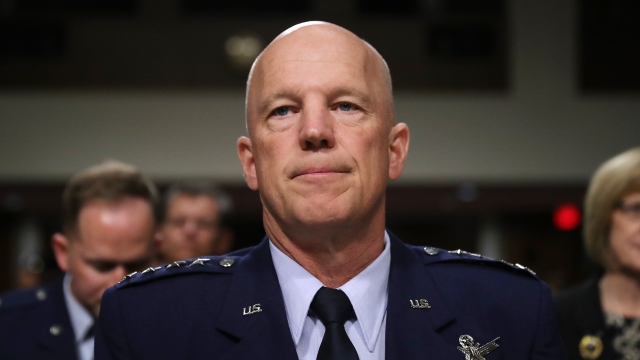 The newly established Space Force has its first ever chief of space operations.

Raymond has overseen the Space Force since President Donald Trump approved its creation in December with the signing of the National Defense Authorization Act.

Raymond is the first commander tasked with protecting U.S. interests in space.

"The next year is going to be a busy year, and we are going to see literally thousands of Air Force personnel added to the roles of the Space Force. And the United States Space Force will have an extraordinary launch under Gen. "Jay" Raymond," Pence said.