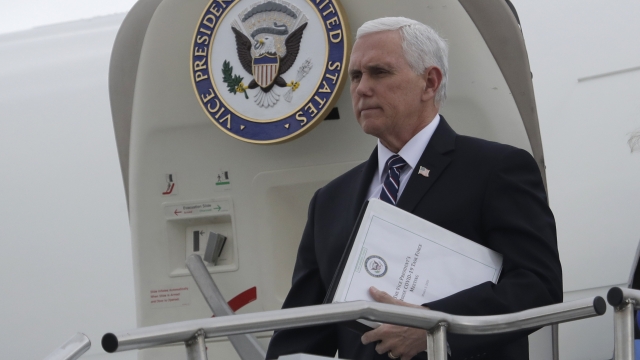 The vice president's press secretary confirmed a staffer in Mike Pence's office has tested positive for the coronavirus.

On Friday, press secretary Katie Miller said: "Neither President Trump nor Vice President Pence had close contact with the individual. Further contact tracing is being conducted in accordance with CDC guidelines."

The staffer was not identified.

President Trump was recently tested for the coronavirus after being exposed to at least one person who had the virus. President Trump's doctor said that test came back negative. Earlier this week, Pence, the head of the White House's coronavirus task force, said he had not been tested.

Several Congress members have chosen to self-quarantine after people on Capitol Hill, including lawmakers, tested positive.