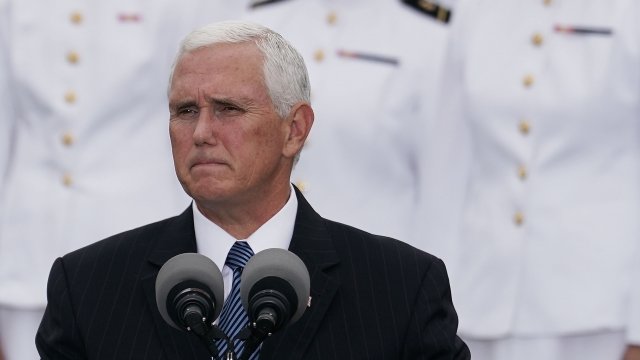 Vice President Mike Pence accused China of meddling in American democracy in a speech on Thursday.

According to Pence, a senior American intelligence official told him China is looking to sow division in the U.S. and that the threat of Russian interference "pales in comparison."

The vice president's remarks echo similar rhetoric President Donald Trump has employed against China. The hundreds of millions in dollars of tariffs he's levied against the country have escalated tensions with Beijing.

According to Axios, the White House has been planning an "administration-wide" effort to "call out" and act upon China's reported actions against the U.S. Unnamed sources also told Axios the White House sees China as a threat to the U.S. on par with Russia.

Pence will be representing the U.S. at the ASEAN and APEC conferences of Asian nations next month.