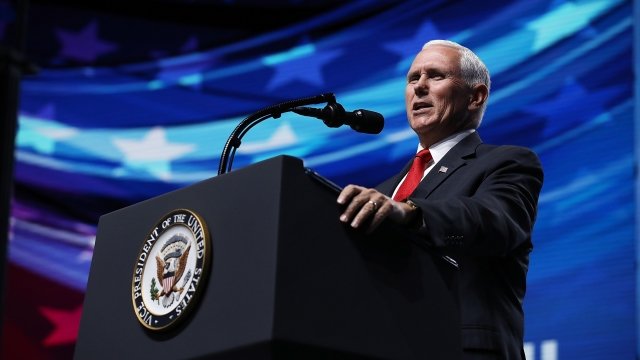 SMS
Pence Says Mueller Needs To End The Russia Investigation
By Katherine Biek
By Katherine Biek
May 10, 2018
The vice president told NBC the Trump administration has "fully cooperated" with Mueller and said it's time to "wrap it up."
SHOW TRANSCRIPT

"Our administration has provided over a million documents; we've fully cooperated in it, and in the interest of the country, I think it's time to wrap it up," Pence told NBC's Andrea Mitchell.

The Justice Department tapped Mueller to lead the investigation almost a year ago.

Most recently, his team has reportedly been looking into corporate payments that a Swiss pharmaceutical company and AT&T made to Michael Cohen, the president's personal lawyer.

When NBC asked Pence about Cohen, Pence tried to distance the Trump administration from that part of the investigation, calling it a "private matter."