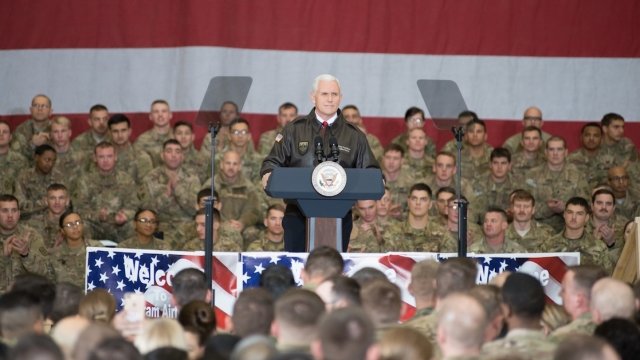 Vice President Mike Pence's unannounced visit to Afghanistan on Thursday falls in line with the Trump administration's continued shift toward committing more resources to the nation.

In August, President Donald Trump recommitted the U.S. to the war in Afghanistan. Since then, thousands of additional troops have been deployed and the number of U.S. bombs dropped has nearly tripled compared with last year. 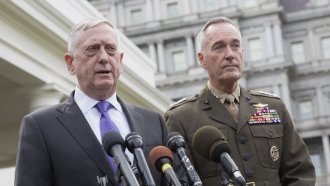 "We're making real progress in this fight for freedom in Afghanistan. ... Together with our Afghan partners, we've put the Taliban on the defensive. We've prevented them from launching a major campaign against a provincial capital for the first time in three years," Pence said in his speech.

"Under President Donald Trump, the armed forces of the United States will remain engaged in Afghanistan until we eliminate the terrorist threat to our homeland, to our people, once and for all," he continued.

Pence was originally supposed to travel to Israel and Egypt this week. He delayed that trip to stick around Washington, D.C., in case he needed to break a tie in the Senate on Republicans' tax overhaul bill.