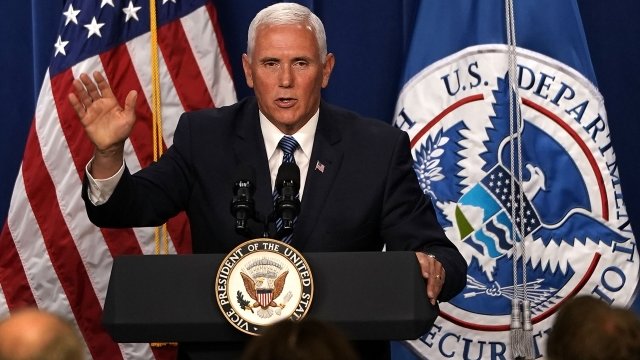 At least three Democrats and 2020 prospects have called to "abolish" the agency.

Vice President Mike Pence reassured Immigration and Customs Enforcement agents they had the Trump administration's support as some Democrats call to "abolish" the organization.

ICE has been at the center of the Trump administration's "zero-tolerance" immigration policy. Pence said the administration was behind the agency "100 percent." A recent White House press release also defended the organization with the slogan "Save ICE."

At least three prominent Democrats and 2020 presidential prospects — New York City Mayor Bill de Blasio and Sens. Elizabeth Warren and Kirsten Gillibrand — have called for the agency to be shut down.