How Much Did Pence's Trip (Or Stunt) Cost? 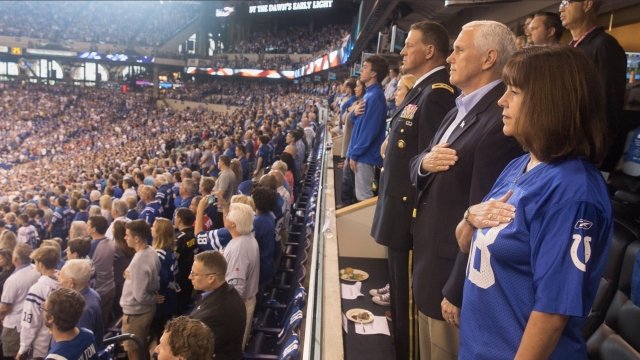 SMS
How Much Did Pence's Trip (Or Stunt) Cost?
By Ryan Biek
By Ryan Biek
October 9, 2017
Vice President Mike Pence left an NFL game after players knelt during the anthem. But some wonder if it was a publicity stunt — and how much it cost.
SHOW TRANSCRIPT

But Pence wasn't in the stands to see it. He left the NFL game soon after the national anthem after some players took a knee.

Come Monday, there were two big questions surrounding Pence's exit: Was it just a publicity stunt? And how much did it all cost?

Shortly after the VP's exit, President Donald Trump tweeted he asked Pence to leave if anyone took a knee. Monday morning, the president tweeted that Pence's trip was "long planned."

Some say Pence should have expected at least someone to kneel, especially since the San Francisco 49ers were on the field.

Roughly 30 of that team's players knelt during the anthem the week before.

Plus, Colin Kaepernick started the kneeling protest movement back when he was the quarterback for San Francisco. 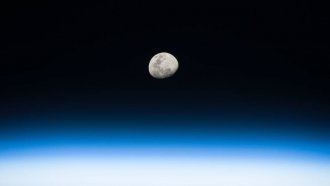 Pence: The Moon, Not Mars, Is America's Next Space Destination

According to a member of Pence's press pool, they were warned he might make a quick exit.

As for the cost of the trip, CNN notes the model used for Air Force 2 costs around $30,000 per hour to fly.

Pence flew 3 hours and 20 minutes from Las Vegas to the game in Indianapolis, and then 4 hours and 45 minutes from Indy to Los Angeles — putting the total at roughly $242,000.

The outlet reports the Republican National Committee will cover some of the costs of the flight to LA, since Pence attended a political event there. But the $242,000 estimate only includes flight costs — not the costs of advance personnel, support on the ground or Secret Service protection.

Pence's office said if he hadn't gone to the Colts game, he would have flown from Las Vegas to Washington, D.C., Saturday night. The statement said, "Instead, he made a shorter trip to Indiana for a game that was on his schedule for several weeks."