Pence In Hawaii To Receive Presumed Remains Of US Service Members 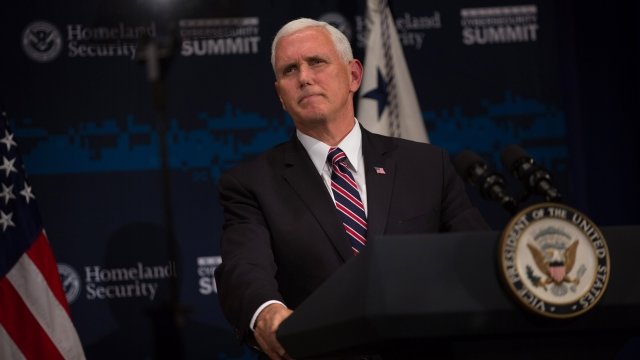 Vice President Mike Pence is in Hawaii Wednesday to receive what are believed to be the remains of dozens of U.S. service members who fought in the Korean War.

North Korea handed over 55 boxes of remains last week on the 65th anniversary of an armistice that ended the fighting.

Since then, the remains have been kept at a U.S. military base in South Korea. United Nations Command held a repatriation ceremony there Wednesday before the remains were loaded on a plane bound for Hawaii.

That's where a DNA verification process is going to be conducted. A U.S. defense official told CNN that only one dog tag was found among the remains, so identifying all of the service members could take months or even years.

The return of the presumed remains is something President Donald Trump and North Korean leader Kim Jong-un agreed to during their summit back in June.