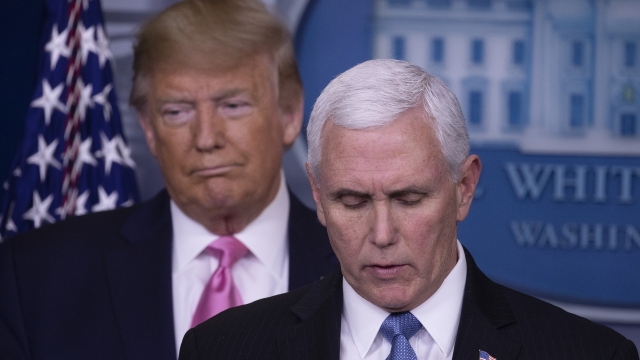 SMS
Pence's Office Will Reportedly Review Government Coronavirus Messaging
By Ahmed Jawadi
By Ahmed Jawadi
February 27, 2020
Health officials will reportedly have to clear all public statements related to the coronavirus with the VP's office before releasing them.
SHOW TRANSCRIPT

Vice President Mike Pence's office is reportedly now in charge of overseeing all government messaging related to the coronavirus.

People familiar with the matter told The New York Times government health officials and scientists will have to clear public statements and appearances about the coronavirus with the vice president’s office. They said the policy is not meant to control what officials are saying, but to better streamline communication within the Trump administration. They also said the focus will be more on TV appearances than on particular news releases.