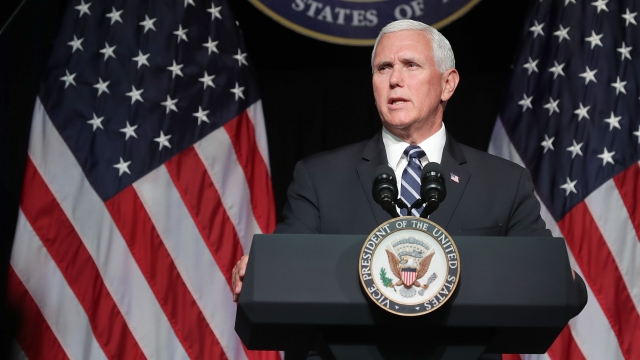 Vice President Mike Pence, President Donald Trump's personal lawyer Rudy Giuliani and the Office of Management and Budget have refused to comply with congressional subpoenas related to the impeachment inquiry against the president.

In a letter Tuesday, Pence's office said it "will continue to reserve all rights and privileges that may apply, including those protecting executive privileges, national security, attorney-client communications, deliberations, and communications among the President, the Vice President, and their advisers." It also questioned the House's "commitment to fundamental fairness and due process rights," pointing to the fact that the full House did not vote on whether to authorize the impeachment probe.

Giuliani told Congress Tuesday that he will not comply with the House's subpoena, saying it's "overbroad, unduly burdensome, and seeks documents beyond the scope of legitimate inquiry."

The Office of Management and Budget also said it does not plan on turning over documents, calling the impeachment inquiry "a sham process designed to re-litigate the last election."

All three were given until Tuesday to hand over requested documents related to President Trump's communications with Ukraine. Their statements echo a White House letter last week in which the president's counsel formally refused to cooperate with the committees' proceedings.

Former State Department adviser Michael McKinley is set to appear before House committees on Wednesday. U.S. Ambassador to the EU Gordon Sondland — whom the State Department told not to appear for a congressional interview last week — is scheduled to testify Thursday.