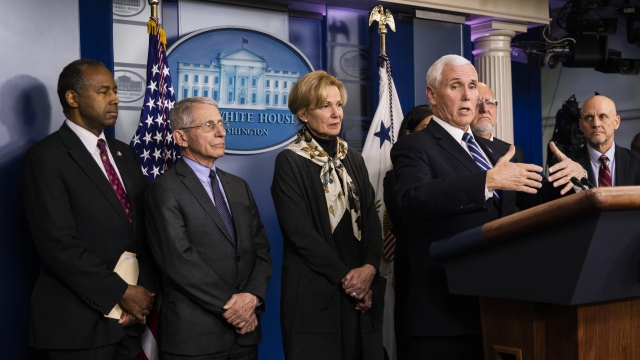 It's likely the U.S. will see a spike in coronavirus cases after Vice President Mike Pence expanded testing across the country for the illness.

Pence, joined by the rest of the White House coronavirus task force, announced at a briefing Wednesday that doctors can now order the test for any American showing symptoms of the coronavirus. More than 1.5 million tests have been sent out to health care labs.

Previously, patients could only be tested if they had recently traveled to a country that had been hit hard by coronavirus, or if they had been in contact with someone who was diagnosed with the virus.

The Centers for Disease Control and Prevention issued new guidance on expanded testing Thursday. The CDC says it expects to see more cases "including more instances of person-to-person spread in more states."

In addition to expanding testing, Pence also announced an increase in screenings at airports.

"As of yesterday morning, we fully implemented a screening process: All direct flights, from all airports in South Korea and Italy, are now being subject to multiple screens, before passengers board to come to the United States of America."