Mike Pence Thinks Stop-And-Frisk Works ... But Does It? 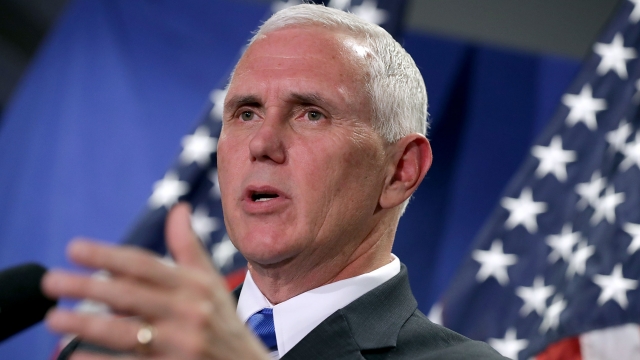 He said, "Stop-and-frisk literally saved lives in New York City when it was implemented."

Trump said, "We did it in New York and it worked incredibly well."

But the thing is, it didn't.

The stop-and-frisk policy states officers can stop and pat down anyone they deem suspicious. The tactic was used in NYC for years until it was deemed unconstitutional in 2013.

Supporters of the policy argue it's a "proactive" effort, rather than reactive and was the reason for plummets in the city's crime levels. But only 3 percent of stops resulted in convictions between 2009 and 2012.

On top of that, critics say the policy unfairly targets minorities.

New York City's mayor, Bill de Blasio, was quick to denounce the defense of stop-and-frisk, too. He told CNN a lot of misinformation has been spread about its effectiveness.

"What's happened in the three years since we've made the change, crime has gone down consistently since we actually stopped using it," said de Blasio.

Trump has long been an advocate of stop-and-frisk policies. In 2013, he tweeted that New Yorkers should be thankful that New York's police chief was keeping them safe.

After defending his running mate's comments, Pence went on to cite the "avalanche of violence" in Chicago as a reason to expand the policy. He says Trump will be a leader who is impatient with failure and excuses.