Pence Campaigns For GOP In Georgia Ahead Of Runoffs 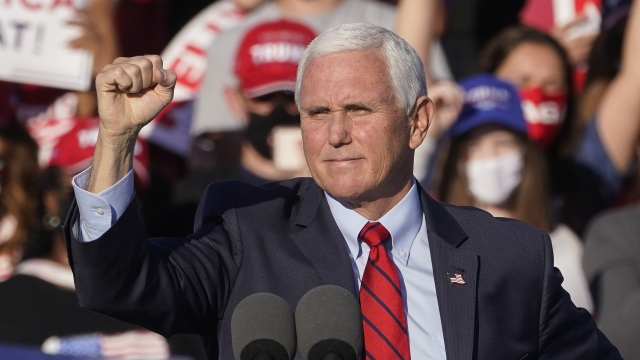 SMS
Pence Campaigns For GOP In Georgia Ahead Of Runoffs
By Eliana Moreno
By Eliana Moreno
December 11, 2020
Pence called a potential GOP Senate majority the "last line of defense to preserve all we've done to defend this nation."
SHOW TRANSCRIPT

Vice President Mike Pence was back in Georgia as the crucial Jen. 5 Senate runoffs inch closer.

They're hoping to hold off Democrats Jon Ossof and the Rev. Raphael Warnock.

If the Democrats are elected, the Senate majority will swing blue.

Pence called a Republican majority in the Senate "the last line of defense."

Republicans need just one of their candidates to win to secure the majority in the Senate.

President-elect Biden will reportedly be in Georgia to campaign for the Democrats next week.