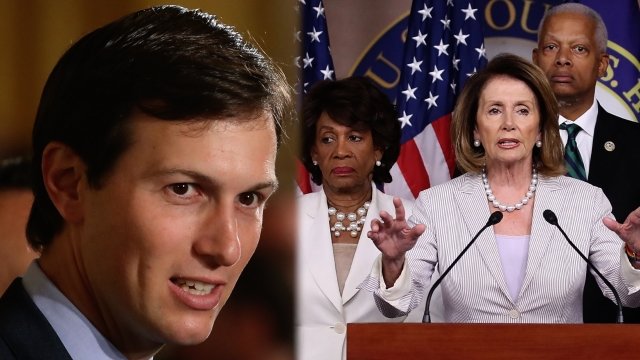 President Donald Trump has the authority to pull his son-in-law's clearance. But Democrats doubt that will happen. So they're trying to put the heat on their Republican colleagues.

Pelosi made that statement as she announced on Friday "a new coordinated effort" by Democrats to try to get records regarding the Trump family's and administration's ties to Russia.

They're using a legislative tool that could force the full House to take up the matters if the appropriate committee doesn't take action on the inquiry within 14 days.

Pelosi has previously called on Speaker of the House Paul Ryan to hold a vote on whether to establish an independent commission to examine Russian interference in the 2016 election.

But Republicans from the White House to Capitol Hill have said Democrats are playing "political games" and are being "hysterical."

Friday morning on CNN, Republican Rep. Dave Brat of Virginia said: "You got to separate out the political. We have a probe going forward on the Russia piece. On the political piece, if you find a statute that's been violated, then you got it. But you know my senators in Virgina are getting apoplectic. Mark Warner seeing smoke everywhere he goes like he's in a Cheech and Chong movie. And [Tim] Kaine now thinks the son is worse than Benedict Arnold. I mean, it's — we've gotten a little hysterical and we should just get grounded." 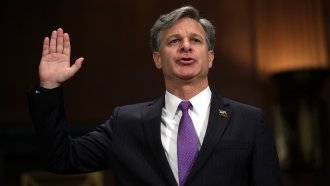 The debate over Kushner's security clearance follows news that Kushner joined his brother-in-law Donald Trump Jr. in a previously undisclosed June 2016 meeting with a Russian attorney. The lawyer was described as a "Russian government attorney" said to have incriminating information about Hillary Clinton. Trump Jr. says the attorney had no such information.

The attorney denies having a connection to the Kremlin. Trump Jr. also said his father, President Donald Trump, wasn't aware of the meeting until recently.

On Friday, the Associated Press reported there was another person in the meeting not disclosed by Trump Jr. That person, who confirmed he was in the meeting, is described as having ties to Russian intelligence.

While it doesn't appear Kushner played a role in setting up the meeting, he was the only person known to be in it that now serves in the White House and has access to sensitive information.

Besides his attendance at the meeting, Kushner has also faced scrutiny for not initially disclosing his foreign contacts when seeking a security clearance. This week, The New York Times reported Kushner updated his list of contacts three times and added over 100 names.

The amendments would prevent anyone in the Executive Office of the President under federal criminal investigation or who didn't disclose meetings with foreign governments on their security clearance forms from getting or keeping their  clearance.

But the subcommittee chairman called it a "political stunt" and said clearances can be revoked or denied for the same issues.

Both amendments failed to pass in committee.