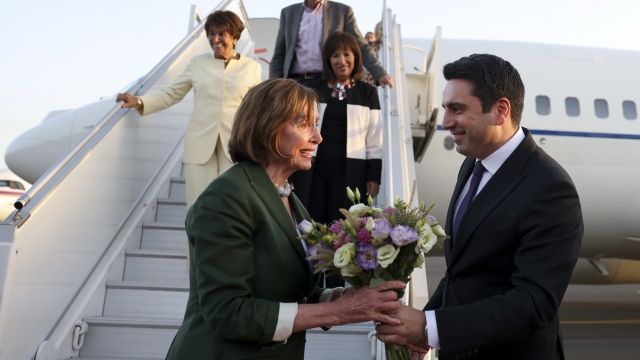 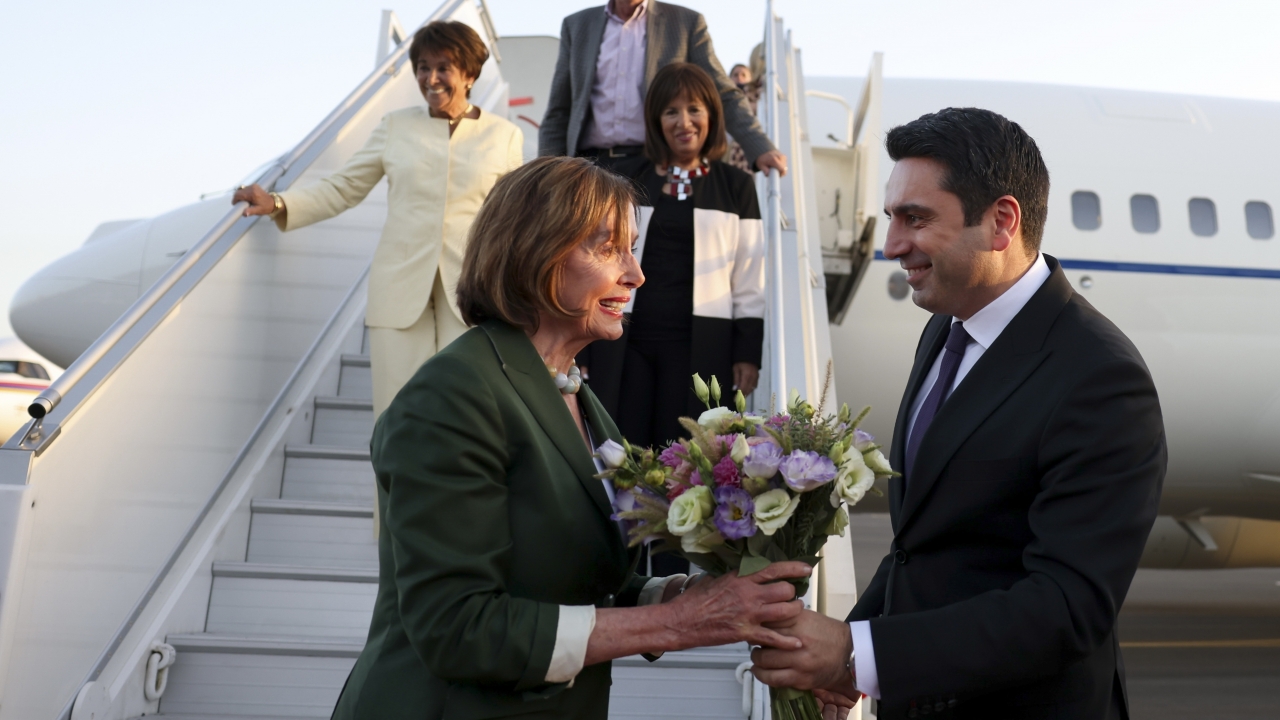 A U.S. congressional delegation headed by Speaker of the House Nancy Pelosi arrived Saturday in Armenia, where a cease-fire has held for three days after an outburst of fighting with neighboring Azerbaijan that killed more than 200 troops from both sides.

The U.S. Embassy said the visit will include a meeting with Armenian Prime Minister Nikol Pashinyan. 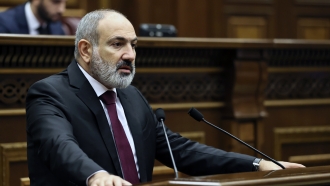 On Friday, Pelosi told reporters in Berlin that the trip “is all about human rights and the respecting the dignity and worth of every person.”

Other members of the U.S. delegation include Rep. Frank Pallone, chairman of the House Energy and Commerce Committee, and congresswomen Jackie Speier and Anna Eshoo.

Armenia and Azerbaijan traded blame for the shelling, with Armenian authorities accusing Baku of unprovoked aggression and Azerbaijani officials saying their country was responding to Armenian attacks.

Pashinyan said at least 135 Armenian troops were killed in the fighting. Azerbaijan’s Defense Ministry said Friday it had lost 77.

The two ex-Soviet countries have been locked in a decades-old conflict over Nagorno-Karabakh, which is part of Azerbaijan but has been under the control of ethnic Armenian forces backed by Armenia since a separatist war there ended in 1994.

During a six-week war in 2020, Azerbaijan reclaimed broad swaths of Nagorno-Karabakh and adjacent territories held by Armenian forces. More than 6,700 people died in the fighting, which ended with a Russia-brokered peace agreement. Moscow deployed about 2,000 troops to the region to serve as peacekeepers.