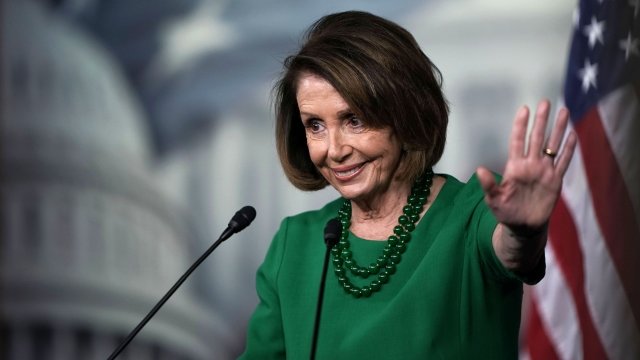 By Katherine Biek
December 13, 2018
Rep. Nancy Pelosi agreed to back a proposal limiting the number of terms Democrats can serve in the top House leadership positions.
SHOW TRANSCRIPT

But she had to negotiate a deal with some of her Democratic critics to get there.

As part of that deal, Pelosi agreed to back a proposal that would limit the party's top House leaders to three terms. If a leader wanted to serve for a fourth term, two-thirds of the Democratic caucus would need to approve it.

Pelosi also noted she intends to stick to the term limit proposal even if the House Democratic Caucus doesn't pass it — meaning she'd only serve four years as House speaker at the most.

That's because she already served two terms as House speaker from 2007 to 2011.

In order to get elected speaker, Pelosi will need to win a majority of votes in the full House on Jan. 3.