Nancy Pelosi Is Giving A Marathon Speech On The House Floor 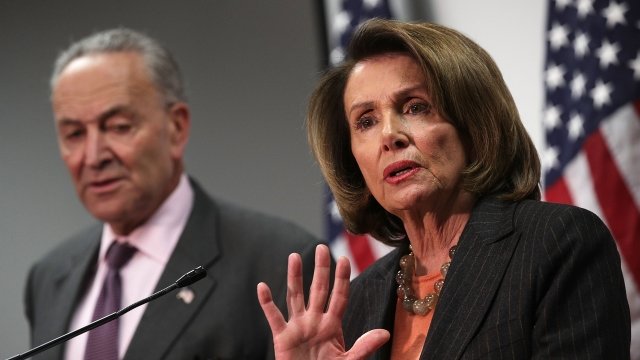 House Minority Leader Nancy Pelosi held the House floor Wednesday for hours in an attempt to get House Speaker Paul Ryan to commit to a vote on immigration legislation.

During her speech, Pelosi shared personal stories from people who have been protected by Deferred Action for Childhood Arrivals — a program that's set to end in early March. Pelosi promised to oppose an emerging budget deal if Ryan doesn't bring up legislation to protect DACA recipients.

Pelosi's speech came a day after the House passed a stopgap spending bill to prevent a government shutdown.

That bill went to the Senate, but the House might have to vote again if the Senate makes any changes.