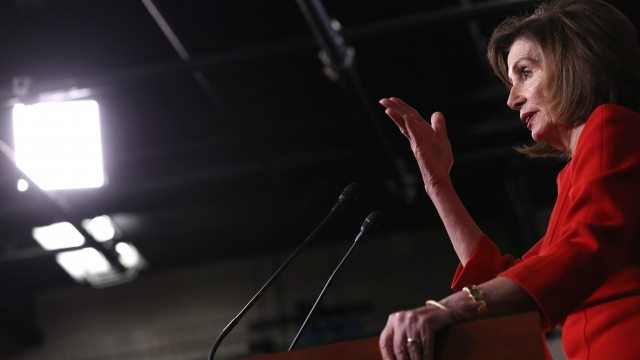 “The devastating testimony corroborated evidence of bribery uncovered in the inquiry and that the president abused power and violated his oath by threatening to withhold military aid and a White House meeting in exchange for an investigation into a political rival,” Pelosi told reporters at her weekly press conference.

Acting Ambassador to Ukraine Bill Taylor and Deputy Assistant Secretary of State George Kent testified Wednesday about "irregular" communications between the U.S. and Ukraine. Both men told lawmakers why they believed military aid and a White House visit were conditioned on the Ukrainian President making a public statement about "investigations" that would be politically beneficial to President Trump. Speaker Pelosi said that alleged quid pro quo is a clear bribe.

"The bribe is to grant or withhold military assistance in return for a public statement of a fake investigation into the elections — that’s bribery," Speaker Pelosi said.

Pelosi said no lawmaker came to Congress intent upon impeaching a president. She said the ongoing investigation is fulfilling their oath of office to defend the country and the constitution.