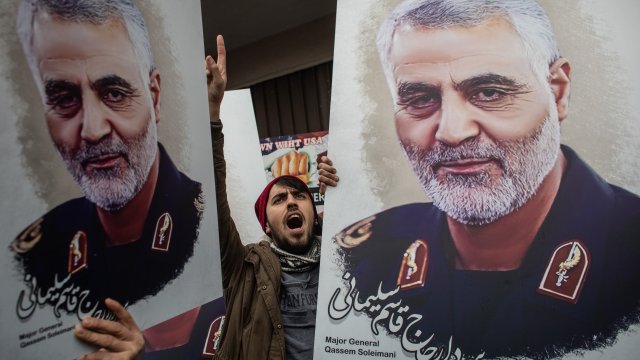 The House is expected to introduce and vote on a War Powers Resolution this week, according to a statement from House Speaker Nancy Pelosi. She said the goal is to limit President Trump's military actions regarding Iran.

The resolution will be similar to the War Powers Authorization Senator Tim Kaine introduced in the Senate.

The resolution would reassert Congress' oversight responsibilities by doubling down on one mandate:

If Congress doesn't take action, the Administration must stop hostilities against Iran within 30 days.

Congresswoman Elissa Slotkin will lead the resolution. She is a former CIA and Department of Defense analyst specializing in Shia militias.

"I served my career alongside the military, but I am married to a 30-year Army veteran," Slotkin said.

He did notify Congress within 48 hours of the airstrike, meeting a deadline set by the War Powers Act.

Mr. Trump later tweeted saying his media posts would serve as notification to Congress regarding military action against Iran.