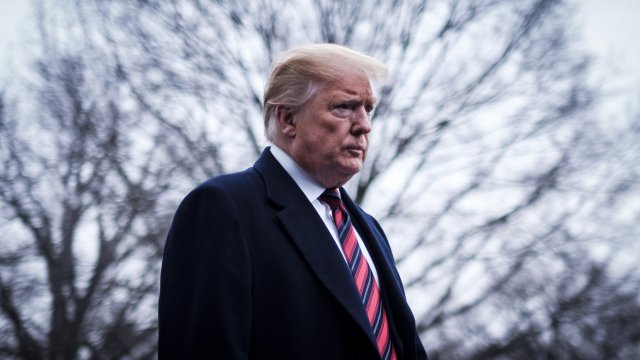 On Wednesday, House Speaker Nancy Pelosi sent a letter to President Donald Trump, saying she will not allow him to deliver the State of the Union in the House Chamber next week.

Trump responded to news of Pelosi's letter on Wednesday by saying he was "not surprised" and Pelosi canceled because "she's afraid of the truth." According to Trump, there will be a response in "a timely manner."

In her latest letter, Pelosi told the President, "I look forward to welcoming you to the House on a mutually agreeable date for this address when government has been opened."

It's just the latest in a back-and-forth between Pelosi and President Trump. Earlier this month, Pelosi wrote a letter to President Trump, suggesting he delay it because of the partial government shutdown.

Pelosi cited "security concerns," and also offered the president the option of delivering his address in writing.

But Homeland Security Secretary Kirstjen Nielsen later said the agency and the U.S. Secret Service "are fully prepared to support and secure the State of the Union."

In a letter to Pelosi Wednesday, Trump reiterated that, saying there would be "absolutely no problem regarding security with respect to the event" and that he would honor her original invitation to deliver the State of the Union on Jan. 29.