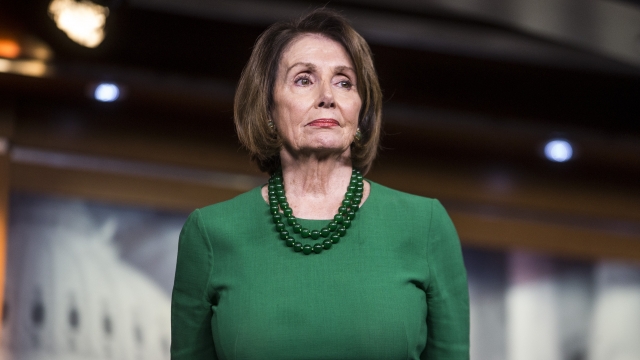 House Speaker Nancy Pelosi said in a press conference Tuesday there will not be a full House vote on the impeachment inquiry into President Donald Trump "at this time."

"We're not here to call bluffs," Pelosi said. "We're here to find the truth, to uphold the Constitution of the United States. This is not a game for us. This is deadly serious."

Republicans, including the president, have demanded a full vote, but Pelosi has said that's not required by law or by House rules.

The inquiry stems from a whistleblower complaint alleging the president pressured Ukraine to investigate former Vice President Joe Biden and his son. House Democrats are looking into whether President Trump withheld military aid to Ukraine in order to force Ukraine's hand. President Trump has denied any wrongdoing.

House Intelligence Committee Chairman Adam Schiff, who's leading the inquiry, was also at the press conference and gave an update on the investigation. He said lawmakers have "made dramatic progress in answering some of the questions" related to President Trump's July phone call to Ukraine.

"But we are running into what we expected, and one aspect in that is a complete effort by the administration to stonewall," Schiff said. "Today is long past due the date when the State Department was subpoenaed to provide documents."

Tuesday marked the deadline for Rudy Giuliani, the president's personal attorney, and the White House Office of Management and Budget to provide documents related to the investigation, but they've said they will not comply. Vice President Mike Pence also said he would defy the House's subpoena. On CBS' "Face the Nation" Sunday, Defense Secretary Mark Esper indicated the Pentagon was planning to comply with the requests, but it's unclear if it met Tuesday's deadline.