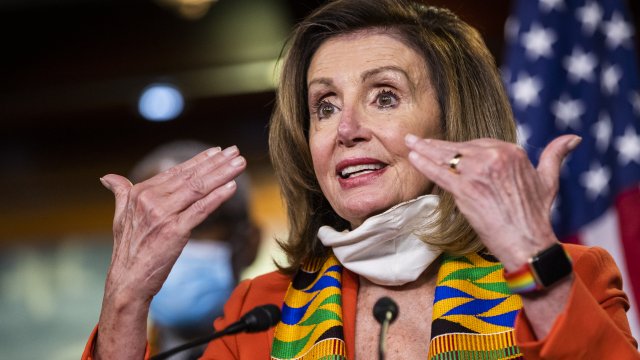 "True justice can only be achieved through full comprehensive action. That's what we are doing today. This is a first step. There is more to come," Pelosi said.

The lawmakers outlined the Justice in Policing Act during a press conference Monday.

It would ban chokeholds, like the one used by the Minneapolis police officer charged with murdering George Floyd.

And it would ban no-knock warrants in drug cases, like the one that led to the fatal shooting of Breonna Taylor.

The bill would make it easier to prosecute officers for misconduct in civil court and let people recover damages if police violate their constitutional rights. It also calls for the creation of a national database on use of force.

The new legislation has more than 200 cosponsors in the House and Senate.