Pelosi Calls For Removal Of 11 Confederate Statues At U.S. Capitol 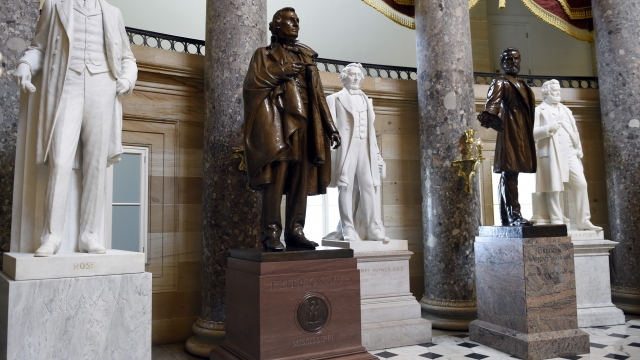 House Speaker Nancy Pelosi is calling for the removal of 11 Confederate statues at the U.S. Capitol building, saying they are symbols of hate and oppression. Those include statues of the President and Vice President of the Confederate States.

Pelosi said the U.S. Capitol should represent what America aspires to be.

In a letter to the the Joint Committee on the Library, the speaker wrote: "Monuments to men who advocated cruelty and barbarism to achieve such a plainly racist end are a grotesque affront to these ideals. Their statues pay homage to hate, not heritage."

The Civil War ended over 150 years ago. Since then, over 1,700 public symbols of the Confederacy — such as sculptures, schools and parks — have been established.

In light of the George Floyd protests, cities across the country have taken steps to remove Confederate monuments. The U.S. Navy and Marines have also banned the display of Confederate symbols.

President Trump said Wednesday he will not consider renaming military bases now named after Confederate leaders. He says changing the names would be tampering with history.