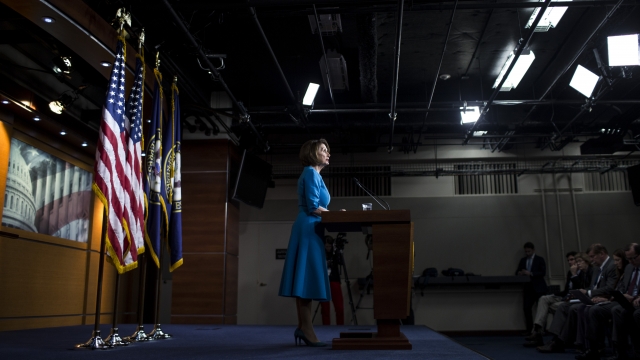 SMS
Pelosi Calls Facebook A 'Willing Enabler' Of Russian Interference
By LeeAnne Lowry
By LeeAnne Lowry
May 30, 2019
Pelosi said Facebook's unwillingness to take down a doctored video of her is a sign the company might not be as innocent as it has claimed.
SHOW TRANSCRIPT

Her comments Wednesday come after Facebook refused to take down video of Pelosi that was altered to make her seem drunk. She says this unwillingness is a sign the company might not be as innocent as it's claimed.

She told KQED news: "We have said all along, 'Poor Facebook, they were unwittingly exploited by the Russians.' I think wittingly, because right now they are putting up something that they know is false."

Clinton said, "So let's send a message to Facebook that those who are in Facebook's communities would really like Facebook to pay attention to false and doctored videos before we are flooded with them over the next months."