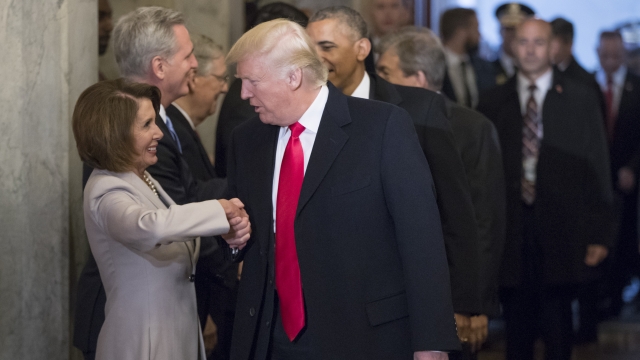 House Speaker Nancy Pelosi is asking President Donald Trump to postpone his State of the Union address until after the partial government shutdown is over.

Pelosi made the suggestion in a letter to President Trump Wednesday, citing "security concerns." She also offered the president the option of delivering his address in writing.

Homeland Security Secretary Kirstjen Nielsen tweeted Wednesday, "The Department of Homeland Security and the U.S. Secret Service are fully prepared to support and secure the State of the Union."

The U.S. Secret Service is responsible for providing security for the annual event. But, as Pelosi pointed out, the agency hasn't received funding since the shutdown began last month.

And it's unclear when things will be up and running again. It all stems from the fight over funding for President Trump's proposed border wall. He wants $5.7 billion for part of it, and the Democrats have said that they won't accept any deal that includes money for it.

Trump is scheduled to give the State of the Union address Jan. 29. The White House didn't immediately comment on Pelosi's request.