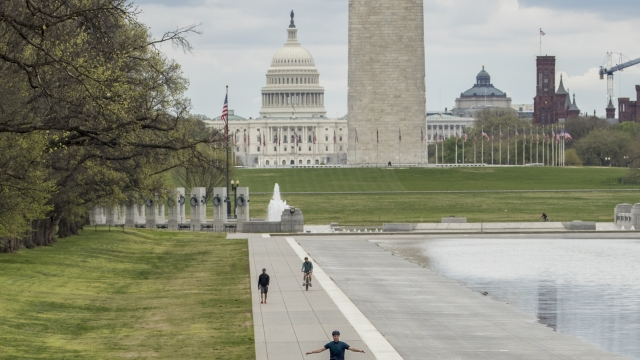 On Thursday, House Speaker Nancy Pelosi announced the creation of a new select committee to oversee the government's response to the coronavirus pandemic.

President Donald Trump recently signed an approximately $2 trillion stimulus package, the largest in U.S. history, to boost the economy and help Americans during the pandemic.

Pelosi said the panel, chaired by Majority Whip Jim Clyburn, will make sure that money is being spent "wisely and efficiently." She told reporters during a press call the "panel will root out waste, fraud and abuse; it will protect against price gouging, profiteering and political favoritism."

"We have no higher priority to make sure the money gets to those working families struggling to pay rent and put food on the table who need it most," Pelosi said.

The bipartisan oversight panel will also have the authority to issue subpoenas.

Republican Rep. Kevin McCarthy was quick to criticize the committee as unnecessary.

But Pelosi said this is not an investigation into the administration. She told reporters the panel will first focus on "the here and now" instead of the government's initial response to the pandemic, although said a review may be necessary later on.