Pelosi Says Impeaching Trump Is 'Just Not Worth' Dividing The Country 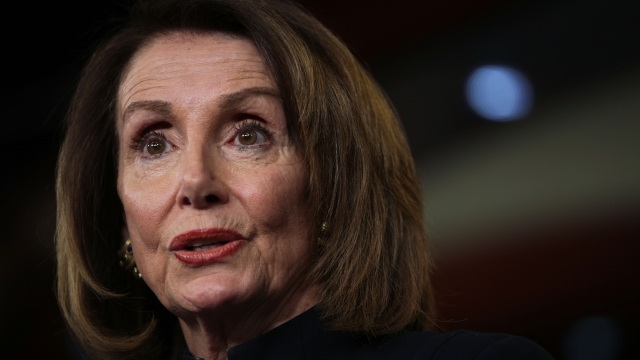 House Speaker Nancy Pelosi says she does not support the idea of impeaching President Trump. In an interview released Monday, she told The Washington Post Magazine that the president is "just not worth it."

Pelosi has said she believes President Trump is unfit for office. But she's hung back from calling for impeachment like some of her colleagues have.

In the interview, Pelosi said, "Impeachment is so divisive to the country that unless there's something so compelling and overwhelming and bipartisan, I don't think we should go down that path, because it divides the country. And he's just not worth it."

She and many other leaders have argued lawmakers should wait until ongoing investigations, like the one being conducted by special counsel Robert Mueller, wrap up.

If impeachment proceedings were to begin, the House Judiciary Committee would take over. Right now, that committee is conducting an investigation of its own focusing on President Trump's campaign, administration and businesses.