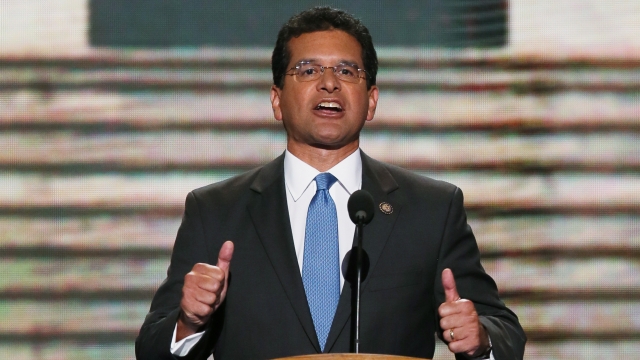 SMS
Former U.S. Rep. Nominated As Puerto Rico Secretary Of State
By LeeAnne Lowry
By LeeAnne Lowry
July 31, 2019
If he's confirmed, that would make Pedro Pierluisi the next in line to take over as governor when Ricardo Rosselló officially resigns.
SHOW TRANSCRIPT

Embattled Puerto Rico Gov. Ricardo Rosselló has nominated Pedro Pierluisi, a former U.S. representative, to be the next secretary of state. Rosselló announced the nomination on Wednesday. If Pierluisi is confirmed, that'd make him the next in line to take over as governor when Rosselló officially resigns on Friday.

Puerto Ricans forced the hand of their governor to resign after nearly 900 pages of an offensive group chat he and a number of public officials were part of came to light.

The secretary of state is legally next in the line of succession, but the last secretary resigned July 13 over the group chat scandal.

Pierluisi's nomination will have to be approved by the territory's House and Senate. Some lawmakers say they will not vote him through because he has a conflict of interest: He works for a law firm that represents the federal control board overseeing Puerto Rico's finances.