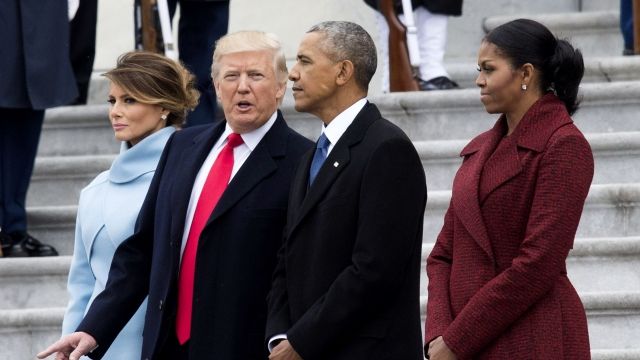 SMS
Why A Peaceful Transition Of Power Is Such A Hot Topic Right Now
By Lindsey Pulse
By Lindsey Pulse
January 20, 2017
Ahead of the election, Donald Trump fueled concerns that a peaceful transition might not happen.
SHOW TRANSCRIPT

While Donald Trump prepared to take office, a lot of people were talking about a "peaceful transfer of power." Here's why.

The peaceful transfer — or transition — of power between political parties is a hallmark of U.S. democracy. The first one happened at the start of the 19th century with the election of Thomas Jefferson. 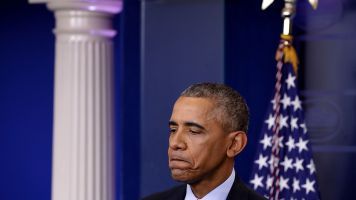 Not every nation's president leaves peacefully. Most recently, Gambia's former president refused to step down. Neighboring militaries threatened to remove him by force.

The reason you've heard the phrase a lot this U.S. election cycle is because some weren't sure it would happen in 2016.

Ahead of the election, Trump fueled concerns that a peaceful transition might not happen when he suggested he might not concede the election if Hillary Clinton won.

"What I'm saying is I will tell you at the time; I'll keep you in suspense," Trump said at the third presidential debate.

Both Clinton and President Barack Obama urged the public to accept the results and stand by the long-held tradition.

And in his inauguration speech Friday, Trump emphasized his own commitment to the peaceful transfer.