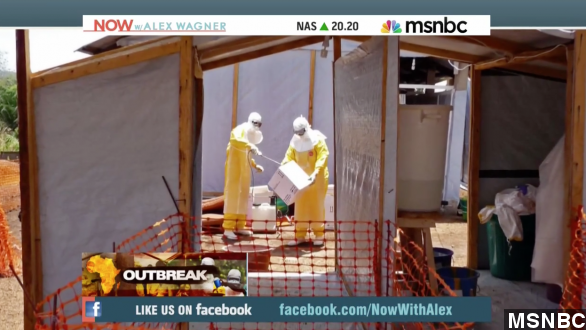 By Christian Bryant
July 30, 2014
The Peace Corps is one of several U.S.-based organizations to pull workers out of West Africa because of the Ebola outbreak.
SHOW TRANSCRIPT

In a statement on its website, the Peace Corps said volunteers are being temporarily removed from Liberia, Sierra Leone and Guinea, though the organization will continue to monitor the spread of the Ebola virus in West Africa.

The evacuation follows news of two unnamed Peace Corps volunteers being isolated after coming in contact with the virus. Two other U.S. volunteers  — Dr. Kent Brantly and Nancy Writebol — have displayed symptoms of the virus and Patrick Sawyer, a U.S. citizen traveling from Liberia to Nigeria, has died from an Ebola infection.

So far the virus has spread from Guinea to Sierra Leone and Liberia, with fears the spread could continue. According to the World Health Organization, more than 1,200 cases have been reported and 672 people have died. (Via MSNBC)

The Peace Corps is just one of several organizations — including SIM USA and Samaritan's Purse — to pull workers out of West Africa because of the outbreak and ongoing security issues.

But SIM USA President Bruce Johnson told The Wall Street Journal the mass exodus of workers from U.S.-based organizations means even more help is needed to combat the virus. "This is a growing crisis of proportions that will cost, we think, thousands of lives and maybe more. ... The international community has the resources and people to respond, but they need to respond."

Meanwhile, doctors and other health workers continue to calm fears of an Ebola outbreak in the U.S.:

"The risk of having an outbreak of Ebola in the United States is exceedingly unlikely and rare because of the infrastructure we have for good infection control."

"Right now, everybody's very heads up that if someone comes in from a West African country and even remotely feels ill, the first thing you do is you put the person in isolation." (Via NBC | CNN)

However unlikely a U.S. outbreak might be, the Centers for Disease Control and Prevention has considering raising the travel warnings to discourage "nonessential" travel to the affected West African countries.