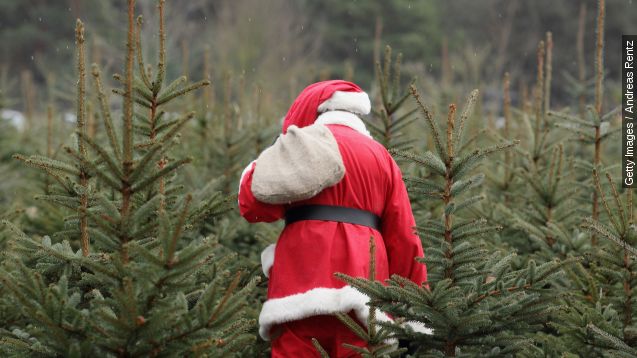 A U.K. PayPal ad is drawing criticism after hundreds of complaints accused the ad of spoiling Santa for children.

"I have bad news, Toby, I don't think we're getting any Christmas presents this year," says one kid in a PayPal ad.

This PayPal ad debuted last night in the U.K. and some say it just ruined Christmas.

The ad implies that the brothers won't be getting any Christmas presents because their parents haven't been out shopping as usual. By the end of the ad, we learn the parents were online shopping all along instead. So what's the issue?

To put that number in context, the 233 reported complaints surrounding this PayPal ad would rank it seventh on the top 10 list of most complained about ads in 2014.

And let me remind you, this ad just aired for the first time last night. Talk about a killjoy. It didn't take long for the company to say "oops" and "sorry."

"Our ad aims to take a fun look at those Christmas presents kids know come from their parents, and not in any way say Father Christmas doesn't also deliver presents to them," a spokesperson for PayPal said.

To appease viewers, the company says it's working to move the ad so it runs only after 9 p.m. — the U.K.'s watershed time — so all the young Santa-believers out there will most likely already be in bed.