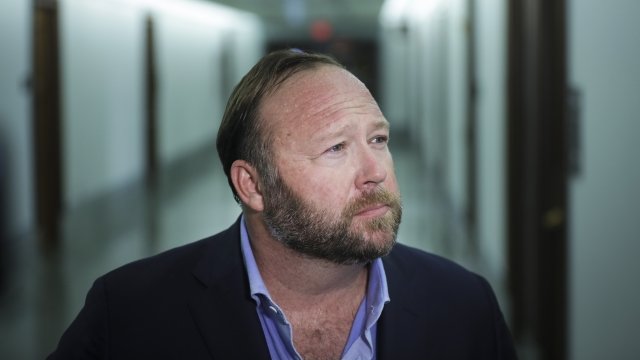 By Cristina Mutchler
September 21, 2018
PayPal decided to stop handling financial transactions for the InfoWars online store, which is a big source of revenue for Alex Jones and his brand.
SHOW TRANSCRIPT

PayPal is the latest big tech company to cut ties with far-right conspiracy website InfoWars, dealing a blow to one of founder Alex Jones' revenue sources.

Jones now has 10 days to find another payment processor for the InfoWars' online store, which sells items like branded clothing and vitamin supplements. PayPal has also handled financial donations from the site's supporters.

Audience and sales numbers might've been affected after platforms like Facebook and Twitter banned Jones and InfoWars for hate speech violations earlier this year. But because the online storefront is a substantial source of revenue for the brand, PayPal's move will likely be a significant financial blow.

In a statement, PayPal confirmed it was severing the business relationship, saying evidence of "promotion of hate and discrimination" goes against company values.

PayPal's move comes as Jones deals with defamation lawsuits connected to his claims that the 2012 Sandy Hook school shooting was a hoax. A judge recently denied his request to dismiss one of those suits.